Why Buy A Gaga Pit From Sport Resource Group? 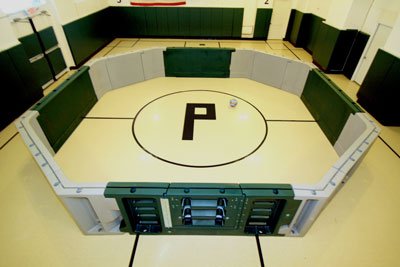 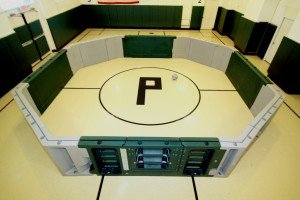 1. Price – Why spend $1,000 – $5,000 for a Gaga Pit if you are just getting a Gaga Pit? SRG Gaga Pits are made from ProWall and are the most versatile sports containment system in the world. Every SRG Gaga Pit can be reconfigured into different shapes and sizes. Every SRG customer receives a “Rules and Layouts” PDF upon purchase showing how to configure their Gaga Pit into a soccer court, floor hockey court, volleyball court, football field and much more!

2. Safety – SRG Gaga Pits are made up of our patented ProWall® design. Using a low linear density polyethylene (LLDPE), ProWall is a molded, solid one-piece wall. Unlike wood, there are no splinters to worry about. Unlike cheaper gaga pits made of netting or inflatable pits, there are no areas for children to get their fingers caught. By using one solid wall, what you see is what you get – no dangerous attachments and no maintenance required.

3. Play – the best part of Gaga is the rebound! Any player can dodge a ball the first time around, but are you ready for the rebound and angles that a SRG Gaga Pit provides? By using a hard plastic, SRG Gaga Pits provide a true rebound. Gaga pits made up of mesh netting and inflatable bladders can soften or deaden a rebound – eliminating half of the game and half of the fun!

4. Maintenance-free/Worry-free – SRG Gaga Pits can be set up and left out year-round. Just power wash them at the start of the year and they are good to go for another twelve months. Compare that with wood pits that attract termites or bugs or that need to be constantly sanded and re-painted.

5. Versatile Sizing – If the forecast calls for rain, a SRG Gaga Pit can be carried inside in just minutes and re-sized from our Official Size (26’ x 26’) down to our Junior Size (20’ x 22’). Don’t lose out on the best activity of camp just because of bad weather. Parts and pieces of multiple SRG Gaga Pits can be combined to form one Mega Gaga Pit to include dozens of campers. Add a second or third ball and watch the fun ensue!

In our opinion, this testimonial sums up many of the advantages of a Sport Resource Group Gaga Pit – “Chris, so you know, I am not a PE teacher, but a teacher at a middle school who just wants to see kids having a structured fun time at school. We first saw gaga about 3 years ago at a YMCA camp. Our 7th graders who attended the camp really enjoyed playing the game, so we built 2 wood structures that summer back at our school. To no one’s surprise the wooden structures were not durable. When we found your company we were quite happy. Your staff has been great. The children were/are so happy to have gaga again. In fact, we bring the gaga pit inside over the winter months and the children can play even when it is cold. The pit is used even after the school day is done because kids return and play almost every day. Our parks and rec. dept., which helped pay part of the cost, also uses the pit during the summer months when school is not in session as part of their summer programming. I have nothing but positive input for your gaga pit. It is easy to move and lightweight enough to take apart and reassemble. Thanks again, Karl K”