Sport Resource Group was honored to supply the portable box lacrosse wall system that was used Sunday, September 26, 2015, for the World Indoor Lacrosse Championships which were played at Syracuse University’s Carrier Dome. For the fourth straight time in the World Indoor Lacrosse Championships, Canada defeated Iroquois in the world championship finals. Iroquois took an early 2-1 lead in the 1st quarter before Canada came back and tied the score by the end of the first period. Canada then took the advantage in the second period and barely led Iroquois at halftime, 6-5. Immediately in the 3rd period, Canada jumped out to a 8-5 lead but Iroquois would not give up. After two straight goals, Canada owned a slim 8-7 lead in the 4th quarter. The 4th quarter was epic and dramatic before Canada pulled away outscoring Iroquois 4-1 down the stretch for a 12-8 final and their 4th straight World Indoor Lacrosse Championship gold medal.

Sport Resource Group provided a 200′ x 84′ PORTABLE box lacrosse system which was installed and set up Saturday night in a matter of hours and then disassembled in only 90 minutes. Sport Resource Group’s ProWall System also featured two players boxes measuring 5′ deep x 25′ long, two penalty boxes measuring 5′ deep x 9′ long and a timers box also at 5′ deep and 9′ long. Additionally, 48″ high acrylic was supplied for the ends and corners and 96″ high acrylic was supplied for the ends. Finally 20 ft high protective netting protected the fans down at both ends. 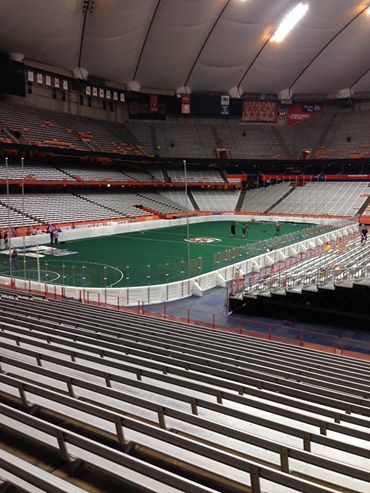 SRG’s ProWall Rink System set up and ready for action 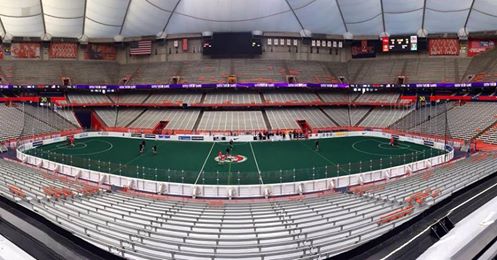 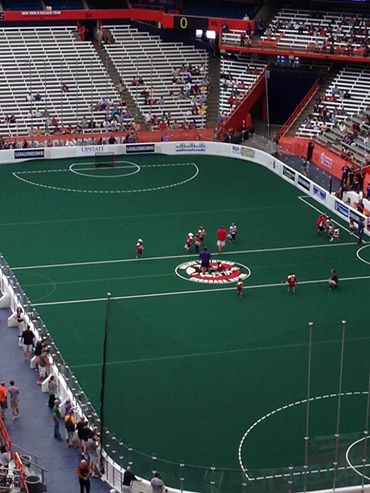 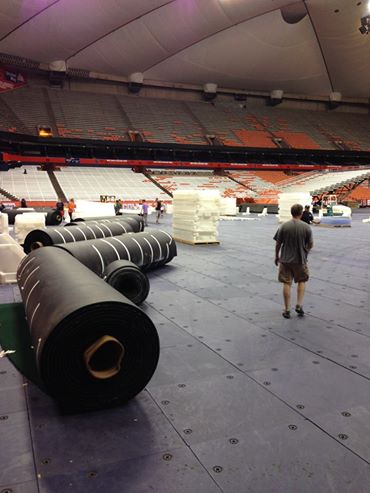