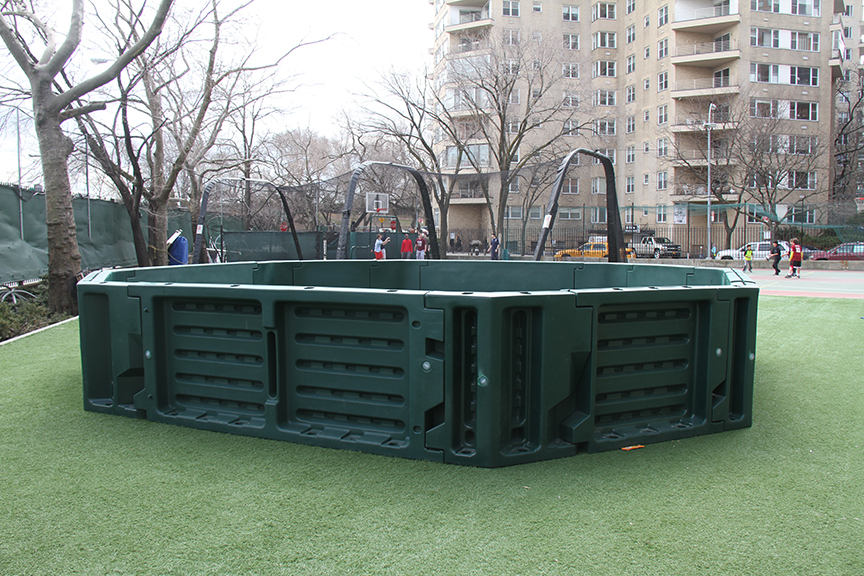 If you love to play games and sports, even as an adult, then you should consider gaga ball. A fast-paced game much like dodgeball, gaga ball is a fun way to stay active and social. Better yet, gaga ball is competitive all over the world, and there are even players’ associations connected to the sport.

Interested in gaga ball? Read on to learn about why this fun and exciting sport is taking hold of so many around the world.

What is GaGa Ball?

Gaga ball is essentially dodgeball in a smaller octagon. In order to play you need an octagon gaga ball pit and a gaga ball, which is a foam ball that is roughly 8 or 10 inches in diameter. This ball will be perfectly bouncy and lightweight.

Here’s how to play gaga ball. Start with a group of people in a gaga pit. You can usually find a gaga pit in a local park or at a school, or you can build one with sturdy plastic framing, which you can pick up from a professional gaga ball pit supplier like us. You can do one-on-one matches or as many people as possible.

There are many rules to gaga ball. For example, each player must start with one hand touching the wall or the side of the gaga ball pit. One person throws the ball up in the air, it bounces three times. When the ball bounces, all players shout ga each time. After the third ball bounce, then the game is ready to go.

Players will go to hit the ball with an open hand. In general, you can’t pick up the ball and toss it or even curl your fingers around the ball, in a scooping motion.

You aim to hit the ball at other players in the octagon. If the ball touches a participant below the knee, (or waist, depending on the local rules) then the player is eliminated. If you hit the ball out of bounds, then you’re out. If you hit an opponent above the waist or knee (depending on your local rules), you may be eliminated until the next game. The ball can hit the ball pit wall, but you and your opponents aren’t allowed to jump off of the wall.

This game can be increasingly more fun with more gaga balls entering into the mix or changing the game to unlimited (which means no outs)!

Is Gaga Ball A Real Sport?

Gaga is a high-energy sport that has been played internationally and in summer camps since the 1970s, when gaga ball was invented by the Israelis. But is gaga ball a real sport?

Maybe! Gaga ball is considered a real sport in terms of camps, school children games, and so on. But there are not yet professional leagues for gaga ball which lends credence to the argument that it is not a real sport.

However, some might argue that since there are rules and people play it all over the world, then it could be a real sport. It is even considered to be a fun sport for Olympic competitions.

Gaga ball has the potential to be a real sport because of these factors, but it needs some more things to be considered a real sport. This includes:

Currently, there are many variations of the sport’s rules and no professional and regulated gaga ball tournaments.

Are There Gaga Ball Tournaments?

Gaga ball tournaments are hosted annually all over the world but they are usually held in communities. There is not yet an official tournament or international tournament with prize money (from what we’ve seen). This is largely because gaga ball is, for the most part, a kid’s game, and there aren’t a lot of professional leagues for kids.

How Do You Become A Pro At Gaga Ball?

Luckily gaga ball does not require a high level of athletic ability. If you love to move around and hit the ball, then you’ve got the right skillset to start to practice to become a gaga ball pro!

Right now there does not seem to be an official professional gaga ball league, only the National Gaga League Players Association (NGLPA). The NGLPA has laid out the official rules that they follow, and anyone can create a team of five or more people to be approved as an NGLPA tournament team. Unfortunately, not much is known about the NGLPA or if they are hosting official gaga ball tournaments.

If gaga ball sounds like fun and something you would enjoy, then consider forming a team or gaga ball tournament in your local area. Or, you may be able to find a league or tournament online to play.

In order to play, you really only need a soft foam ball and an octagonal gaga ball pit. The octagonal pit can be made out of wood or plastic; as long as it is sturdy and can withstand some level of movement from players and the ball, it is good to go.

Reach out to your local recreational centers, associations, and public rec centers too to see if there is a gaga pit. If there isn’t one, then you can always purchase one from us at Sport Resource Group.

Gaga ball pits are great additions to local sports facilities, backyards, and public parks. They can fit next to playground equipment for kids to use, or be set up permanently with permission from the local authorities.

Contact Sport Resource Group to purchase a pit, which can easily be put up for a tournament at your school, camp, or community event. It can then be taken down and then stored in a shed or garage. See today why so many people love gaga ball!